Work on Paper and Canvas > King of birds 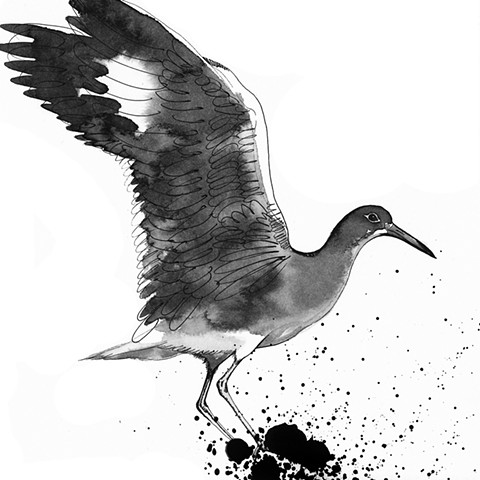 ‘King of Birds’ is a celebration of my spiritual journey by questioning the origin of life, asking: What is it before our first thought? What is living in this present moment?' Who am I? This series of bird drawing is inspired from the 12th century Persian long poem The Conference of the Birds by poet Farid ud-Din Attar, which tells the tale of a group of birds who desire to know the great Simorgh (Simorgh – a mysterious bird in Iranian mythology which is a symbol often found in sufi literature, and similar to the phoenix bird – and "simorgh" – meaning "thirty birds" in Persian) start their journey toward the land of king of birds. One by one, they drop out of the journey. Eventually thirty birds remain as they finally arrive in the land of Simorgh – all they see there are each other and the reflection of the thirty birds in a lake. As the birds realize the truth that being the king is in us all.